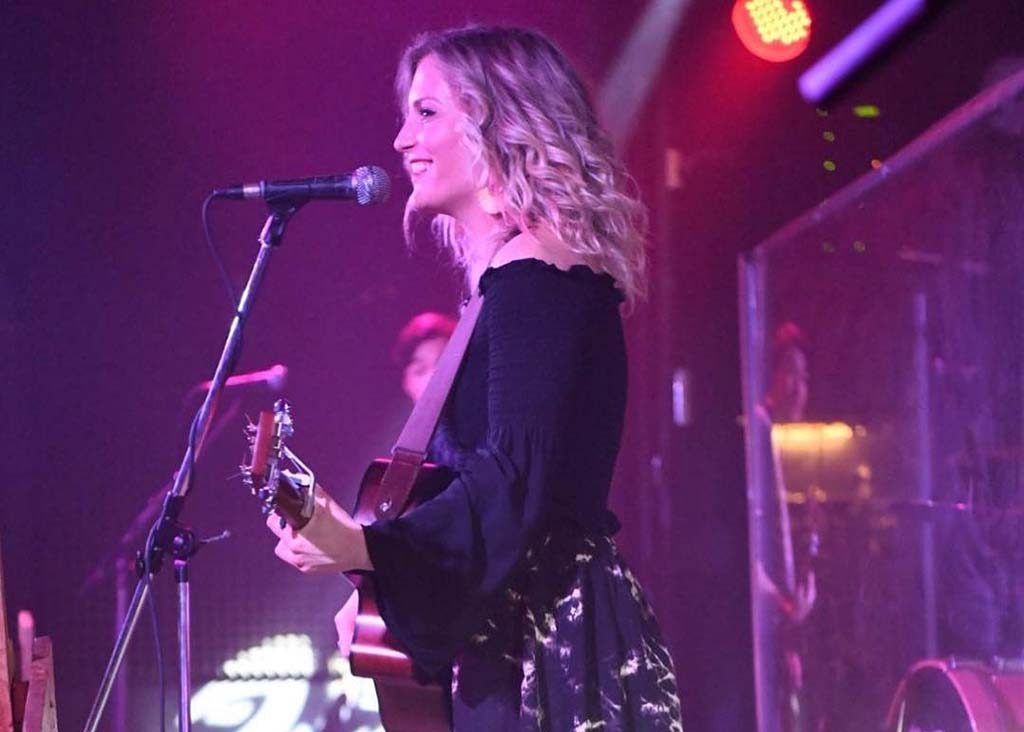 This year has already been full of surprises and adventures.  Being selected as a performer and contestant in the Breakthrough Country Music Project was not only an honour but also a pleasant surprise.  I applied to be in the showcasing project in Vancouver at the beginning of the year, and was contacted shortly after about the opportunity to perform.  I was put into one of three rounds, with my round being the third and last one of the project on March 24th.   I didn’t know what to expect when I went into this competition, if the other contestants would be nice, if it be competitive and how I would feel if I didn’t make it to the finale? All these thoughts were going through my head because I had never been part of it before. Lucky for me though, all the other contestants the night of my performance were friends of mine. It hardly even felt like a competition, I was just there singing with my band and performing alongside other fellow musicians and friends. I was nervous, but excited.

The night of the third round came and went, and I truly felt like I killed (as in rocked it) my performance.  I only had a 30-minute set, but I made sure those 30 minutes counted.  I chose 4 originals and 4 covers, and with only one previous rehearsal with my band, put on one heck of a show.  I guess that one rehearsal with my band worked in my favor, because four days later I found out that I advanced to the finale.  I was super pumped, and couldn’t wait for the next performance on April 14th.

The morning of April 14th I woke up at way too early of an hour in the day, to catch a way too early flight to Vancouver.  Previously I had driven to Vancouver from Kelowna, but the morning after the performance I was catching a flight to Nashville, so it made sense to fly instead of drive.  I caught my 45 minute plane ride to YVR, then waited at the airport for my shuttle, which would take me to my hotel.  I spent about an hour waiting for my shuttle, and once I reached my hotel, I went straight to my room to go over my songs (hopefully the rest of the hotel was okay with that).  I ironed my clothes with the hotel ironing board, made disgusting coffee with powdered cream and told myself to wake the heck up as I was feeling a little tired.  I didn’t have much time, so napping wasn’t really an option.  Thankfully I’m a naturally energetic person when I get excited, so by the time I had to leave, I was pumped and no longer tired.  I took a $12 dollar taxi to the nearest sky train station, and had the hardest time figuring out which ticket to buy.  A security guard actually had to assist me at one point because I was confused (Lord bless him).  Can’t blame a small town girl for not knowing how to use big city transportation though.

Soundcheck was a breeze, and then I had a few hours to kill so I wandered the streets of downtown Vancouver until I was cold and bored and returned back to the Roxy Cabaret.  I was second to perform that night, so I got my usual single Gin and Tonic to help calm the nerves.  Once I was on stage though, all my nerves went away and I was just there, in the moment.  Ready to shine.  Ready to perform.  My performance slot was again only 30 minutes, but I sang my heart out in that half hour.  The end of the night came, with the last performance slot ending around 10:15pm.  The judges took about 10 minutes to make their decision and then the time came.  There was a drum roll, and they thanked the 4 finalists (band or single artists) who all participated in the Breakthrough Project.  Then they announced the winner.  It wasn’t me.  If you’re reading this and you’re disappointed, I feel ya.  I was of course disappointed and actually I was quite upset.  I put so much effort into making the trips to Vancouver, for rehearsal, both the third round and the finale.  My band and I worked really hard and I wanted to win.  But I am also not blind to the fact that the band that did win, ‘The Promised,’ did a fantastic job and was justifiably the winner that night.  I take everything in life with a grain of salt (I don’t know exactly what that means, but I like the saying), and there’s always a silver lining in everything. That being said, I am so happy I did the showcase and I’m thankful for the opportunity.  I made new fans, new friends, and I walked away with a new sense of pride in myself.

Don’t forget to make YOU happy too 💕 Photo by

I’ve come to the conclusion that catching fish j

Wasn’t expecting to have this many shows this su

For me, social media is a weird place sometimes. I

Another shot from Friday’s show. Gosh I love sin

Thank you to each and every one of you who bought

The Official Music Video for That Ship Has Sailed

I was supposed to be in Manitoba over this past we

IT’S RELEASE DAY!!! That Ship Has Sailed is avai

A little sneak peak of a few friends and I rockin

THANK YOU GUYS 🙏🙏 I couldn’t do this relea

It’s Friday so that means only ONE WEEK till rel

When a Tuesday night feels like a Friday. Dang, I

Awesome interview on CTV in Saskatoon this morning! Here’s the link to the interview and acoustic version of my new single! ... See MoreSee Less

Kelowna-based singer Melissa Livingstone joins us for a performance of her newest single “That Ship has Sailed.”
View on Facebook
·Share

Was so cool to be interviewed on CTV in Saskatoon this morning. ... See MoreSee Less

Wasn’t expecting to have this many shows this summer due to everything going on, but I’m super thankful to have the support of all these places booking me for live entertainment (in a safe and distant way). Swipe to see the full list for August (also may be adding a couple more). @ Kelowna, British Columbia ... See MoreSee Less

Hey all you beautiful people. You know one way you can help this local artist out? Calling/emailing/texting in to our Country Radio Station here in Kelowna and requesting my new single, That Ship Has Sailed. I have gathered the information to make it easy for you guys, so here it is!
Email: cclarke@stingray.com
Studio Line (for calling OR texting!: 1-800-990-2448
Regular Phone Line: 250-861-5963
If you're jamming to my new tune and wanna hear it on the station, this is one way you can help it get there! ... See MoreSee Less

Heading to the @BCCMA awards today! Can’t wait to see my music fam 🤗🔥🔥🔥