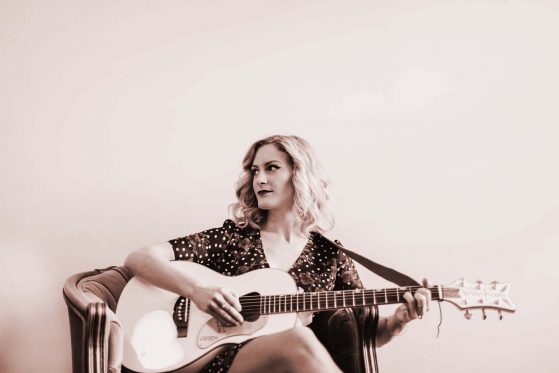 Where “Wrong Number” Came From

Two years ago I was in a showcase at the Canadian Country Music Awards called “Ole, On The Spot.” Myself and 9 other people were selected out of all of Canada to perform for the Label Company, Ole, during the 2017 CCMA’s. We could only sing one song, so I sang the song that I submitted to them, which was a song I wrote called “I’ll Hold You” (which is still dear to my heart). During the showcase I got to meet some amazing other songwriters and artist, and was impressed by all the talent. One person that really stuck out to me was Michelle Pereira. She had a unique style in her music, and a powerhouse voice. We got to talking after the showcase was over and I learnt that she lived in Nashville. Well crazy thing was, I was about to go to Nashville FOR THE FIRST TIME EVER a month later, and I really wanted to write with her. Michelle being the cool cat that she is, obliged me and we set up a co-write.

Now as a songwriter, I always have ideas and lyrics running and racing through my brain. One lyric line that made an appearance in my mind one day was “Wrong Number,” and I wrote it down in my phone. So as I went into the write with Michelle, I was reading off some titles we could write about and that one stood out to her. I’m pretty sure we wrote the song within an hour and a half. It was magic, and I loved it as soon as we wrote it. The song is from my own personal experience, or kind of… not really… Because I never sing karaoke, or stay up till 2am drinking, and I’ve definitely never called an ex (sober or with alcohol in me). Haha

Moving on.
Later that year I moved to Ontario to record some music. I wasn’t sure if “Wrong Number” was the style I was going for as an artist, but when we did a demo for it, I loved it and couldn’t let it go to waste.

But I sat on it for two years. I struggled with what song I wanted to release first, this one, or other ones, or all of them. I had it remixed a couple times, and re-mastered a couple times. But was still unsure of the final outcome. Finally, after Brent Farva (Panda is also what we call him) got his creative hands on the song, it exploded into just what I wanted it to be. A little bit Carrie Underwood, a little bit Miranda Lambert, but 100% me. It was edgy, yet fun, and ALL the way country and that’s when I knew I wanted to release the song right away.

June seemed like a good time for the song to hit all music platforms, so June it was. It was a whirlwind, I got a photoshoot done, had a lyric video made, had my website redone, and all my promo stuff finished and ready to go within a couple weeks. BAM!!! June 13th came, and Wrong Number made its debut into Country Music, where it truly belongs.

Don’t forget to make YOU happy too 💕 Photo by

I’ve come to the conclusion that catching fish j

Wasn’t expecting to have this many shows this su

For me, social media is a weird place sometimes. I

Another shot from Friday’s show. Gosh I love sin

Thank you to each and every one of you who bought

The Official Music Video for That Ship Has Sailed

I was supposed to be in Manitoba over this past we

IT’S RELEASE DAY!!! That Ship Has Sailed is avai

A little sneak peak of a few friends and I rockin

THANK YOU GUYS 🙏🙏 I couldn’t do this relea

It’s Friday so that means only ONE WEEK till rel

When a Tuesday night feels like a Friday. Dang, I

Awesome interview on CTV in Saskatoon this morning! Here’s the link to the interview and acoustic version of my new single! ... See MoreSee Less

Kelowna-based singer Melissa Livingstone joins us for a performance of her newest single “That Ship has Sailed.”
View on Facebook
·Share

Was so cool to be interviewed on CTV in Saskatoon this morning. ... See MoreSee Less

Wasn’t expecting to have this many shows this summer due to everything going on, but I’m super thankful to have the support of all these places booking me for live entertainment (in a safe and distant way). Swipe to see the full list for August (also may be adding a couple more). @ Kelowna, British Columbia ... See MoreSee Less

Hey all you beautiful people. You know one way you can help this local artist out? Calling/emailing/texting in to our Country Radio Station here in Kelowna and requesting my new single, That Ship Has Sailed. I have gathered the information to make it easy for you guys, so here it is!
Email: cclarke@stingray.com
Studio Line (for calling OR texting!: 1-800-990-2448
Regular Phone Line: 250-861-5963
If you're jamming to my new tune and wanna hear it on the station, this is one way you can help it get there! ... See MoreSee Less

Heading to the @BCCMA awards today! Can’t wait to see my music fam 🤗🔥🔥🔥